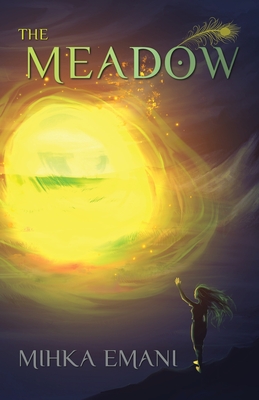 In the year 2171, in the aftermath of a great war between the Kingdom of East and the Republic of West, a dark nuclear winter devastates the planet, blotting out the sun and stars. Ilana is a child scavenger in the war-torn East, struggling for survival. As she seeks revenge and salvation, her journey will lead her first to a place among rebel soldiers, where her loving bond with a fellow rebel hints at their shared destiny. Ilana's dissatisfaction with the violence of the resistance ultimately leads to her defection and assimilation into the surveillance state of the West, and finally beyond the wall that encircles the world and into an ancient and forbidden borderland. There, she will face down spirits, monsters, and the truth about herself and her legacy to bring light back to her world.

Mihka Emani's layered and visionary debut recalls the dystopian fantasy fiction of Sabaa Tahir and Sofia Samatar and considers how the alienation of emigration and war can be confronted with nonviolence, reconciliation, deep understanding, and self-acceptance. Readers searching for heroic characters with beautiful, singular, and speculative worldbuilding will be carried away by The Meadow and its epic journey into the very heart of peace and magic.