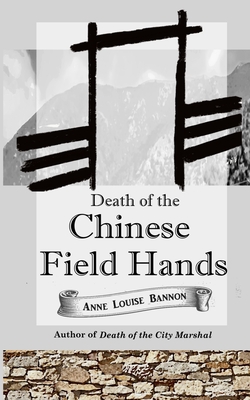 A night of chaos leads to more murders

Physician and winemaker Maddie Wilcox has always despaired of how violent Los Angeles is. But one night, in October 1871, the pueblo explodes in a riot and eighteen Chinese men are lynched. Shaken to her core and frustrated that she couldn't have done more to stop the violence, Maddie throws herself into her work, grateful that her three Chinese field hands were safe on her rancho that most terrible of nights. Until one of them is found strangled in her vineyard.

At first, the murder seems like a random act against the scapegoated Chinese. Then a second of the three Chinese hands is murdered in the same way. Is the killer acting out against the Chinese, in general, or only those working on Maddie's rancho? And if the latter, what does the killer expect to get?

A distinctive boot print and a bit of jewelry are all Maddie and her friends have to go on, as Maddie continues to battle the usual panoply of injuries and rampant diseases that plague the pueblo. Surrounded by prejudice, daunted by her own limitations, Maddie's hold on her passions starts slipping. Can she keep her temper in check long enough to find the killer?