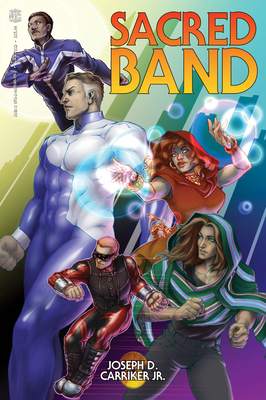 The golden age of heroes is decades past. The government could not condone vigilantism and now metahumans are just citizens, albeit citizens with incredible talent, who are assisted in achieving normal lives (including finding good fits for their talents employment-wise) by a federal agency. Rusty may have been a kid during that glorious age but he remembers his idol, Sentinel, saving lives and righting wrongs -- until he was outed in an incredible scandal that forced him into isolation. When a gay friend of Rusty living in the Czech Republic goes missing, Rusty is forced to acknowledge that while the world's governments claim that super teams are outdated and replaced by legal law enforcement, there are simply some places where the law doesn't protect everyone -- so he manages to find and recruit Sentinel to help him find his friend. But the disappearance of the friend is merely one move in a terrible plot against queer youth. A team of supers may be old-fashioned, but this may be a battle requiring some incredible reinforcements.