Sufis and Their Opponents in the Persianate World (Hardcover) 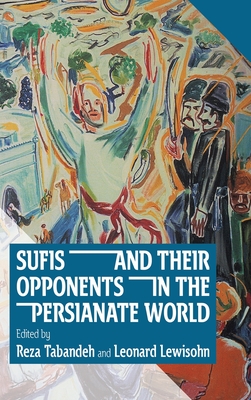 Sufis and Their Opponents in the Persianate World features a diversity of themes and a multidisciplinary variety of approaches and covers a large historical timeframe and vast geographical expanse. The period treated ranges from early ninth- tenth- eleventh-century Sufism in Baghdad and Khurasan, down to Sufism in thirteenth-fourteenth century Iran, seventeenth century Central Asia and India, and nineteenth century Iran and Turkey.

There are four essays on various aspects of the Sufi/anti-Sufi opposition in Persian literature. Theologically, we have five essays on anti-Sufi polemics in Iranian Shi'ism. A considerable amount of coverage is also given to the Sufi tradition in Anatolia and Turkey. In terms Sufi esoteric theosophy, we dwell on the thought of Ibn 'Arabi, the early Khurasani Malamati tradition, and the interface of Sufism with medieval Ismailism. The geographical sweep of the volume includes Anatolia, Iran, Central Asia and India, an area corresponding to the Achamenian Empire at its largest extent.

The book is based on the conference 'Sufis and Mullahs: Sufis and Their Opponents in the Persianate World', organized in 2016 by Dr. Leonard Lewisohn and Dr. Reza Tabandeh at the Institute of Arab and Islamic Studies (IAIS) of the University of Exeter.