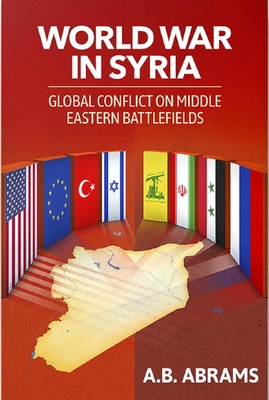 World War in Syria provides a comprehensive study of the first ten years of the Syrian War, as well as an extensive background into the history of Syria's longstanding conflict with the Western world and its regional strategic partners such as Turkey and Israel. It offers an analysis of the conflict through the paradigm of an international 'world war, ' albeit centered in only one country, rather than a civil war, and provides information vital to understanding the conflict's implications for international security and the motivations and interests of all major parties involved.

Much as the Korean War saw multiple countries from the world's two major power blocs commit to supporting opposing sides, the Syrian War has similarly been a key event in what is increasingly being termed a new Cold War between the Western world and its adversaries. Like the Afghan War of the 1980s, the early stages of the conflict in Syria saw Western powers and their Islamist leaning partners in the Middle East extensively supporting a Muslim fundamentalist insurgency to overthrow a Moscow-friendly secular government. The campaign against Damascus included not only military efforts, but also extensive information and economic warfare campaigns which brought the country close to an Afghan-style collapse and Islamist takeover. As the war escalated the number of active participants on Syrian soil increased on both sides, with Turkish, U.S., European and Israeli boots on the ground and fighters in the sky backing the insurgents while Russian, Iranian, North Korean and Hezbollah units supported the government. The Syrian War evolved into a world war reflecting the macrocosm of multiple international conflicts in the microcosm of the small country's territory.

World War in Syria answers questions that will have continued relevance beyond the country's borders for years to come. What were the West's motives for pursuing the Syrian state's overthrow? How will precedents set in the conflict impact international norms with global reverberations? Why has Syria been vulnerable to instigation of insurgency, to information warfare and later to economic sanctions in a way that other Western adversaries are not? How has the conflict reflected the way warfare has evolved over recent decades, and under what conditions is it likely to conclude in the coming ten years.