David: A Man After God's Own Heart (Paperback) 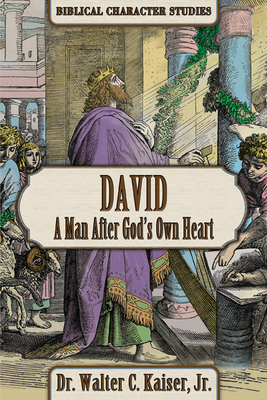 A young shepherd named David, from the family of Jesse, is called "the man after God's own heart" by God himself. Samuel the prophet is instructed by God to stop grieving over the divine rejection of Israel's first king, Saul, whom Samuel helped appoint as king at the demand of the people, Instead, Samuel was to go to Bethlehem to anoint Saul's successor. But once this successor to the kingship of Israel was found, he was not left with nothing to do; instead, David, though he came from humble and somewhat uncultured circumstances of the shepherd's fields outside Bethlehem, he nevertheless found his way immediately into the court of King Saul by the providential working of God. The establishment of the monarchy under David begins with the narrative of his slow rise to power that is closely connected with the decline of Saul's tenure as king. Hence, the stories of Saul and David crisscross each other at a number of points in the rest of the chapters of 1 Samuel and therefore make for some of the most exasperating, yet fascinating, portions of the book of Samuel.

Walter C. Kaiser graduated from Wheaton College and Graduate School, obtaining his Ph.D. at Brandeis University. He then taught at Trinity Evangelical Divinity School where he served as vice president and academic dean from 1980 to 1992. In 1993 he moved to Gordon-Conwell Theological Seminary, where he was a professor of Old Testament and spent many months of the year teaching internationally. He became president of Gordon-Conwell in 1997 and retired in 2006. He is currently President Emeritus and Distinguished Professor of Old Testament and Ethics and lives on a farm in Wisconsin with his wife, Nancy.