The Fight for Tom Cod: Newfoundland in the American Revolution (Paperback) 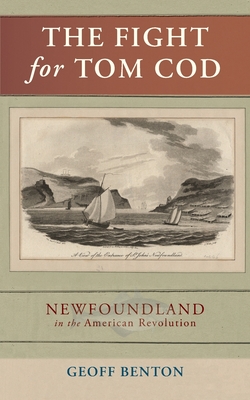 The island of Newfoundland and its fishery helped start the American Revolution and were a major sticking point in ending the war. In between, the island proved to be a source of men for the British army and navy, but also a drain on supplies. For the Americans Newfoundland and its fishing grounds were a place where the nascent navy and swashbuckling privateers could carry the war to the enemy's doorstep and hurt the British economy with daring raids on shipping and the island itself. The fight for the fishery was also an administrative fight that would see statesmen like John Adams and Benjamin Franklin use a quiver full of political arrows to secure a place in the cod fishery for their new country over the wishes Great Britain, France and the rest of the European establishment.

Even as the Fight for Tom Cod brought about the birth of the United States, it proved transformative to the island of Newfoundland as well. The war caused a population boom on the island and more importantly created a basis for the Newfoundland identity to be built upon.