Rogues in the Postcolony: Narrating Extraction and Itinerancy in India (Histories of Capitalism and the Environment) (Paperback) 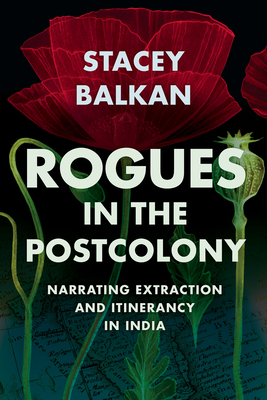 An environmental humanist’s study of extractive capitalism and colonial occupation in Indian fiction.

Rogues in the Postcolony is a study of Anglophone Indian picaresque novels that dramatize the impacts of extractive capitalism and colonial occupation on local communities in several Indian states. In this materialist history of development on the subcontinent, Stacey Balkan considers works by Amitav Ghosh, Indra Sinha, and Aravind Adiga that critique violent campaigns of enclosure and dispossession at the hands of corporate entities like the English East India Company and its many legatees. By foregrounding the intersections among landscape ideology, agricultural improvement, extractive capitalism, and aesthetic expression, Rogues in the Postcolony also attends to the complicity of popular aesthetic forms with political and economic policy, as well as the colonial and extractivist logics that often frame discussions around the so-called Anthropocene epoch.

Bringing together questions about settler-colonial practices and environmental injustice, Rogues in the Postcolony concludes with an investigation of new extractivist frontiers, including solar capitalism, and considers the possibility of imagining life after extraction on the Indian subcontinent and beyond.

Stacey Balkan is assistant professor of English and environmental humanities at Florida Atlantic University. She is coeditor of Oil Fictions: World Literature and Our Contemporary Petrosphere.

“Rogues in the Postcolony is a marvelous study of how picaresque novels refract the violent dispossessions and rogue freedoms of extractive capitalism in India and beyond. In dialogue with cutting-edge conversations in environmental and energy humanities, Balkan argues convincingly that extraction is a pervasive dynamic within post/colonial modernity.”
Dominic Boyer, author of Energopolitics: Wind and Power in the Anthropocene