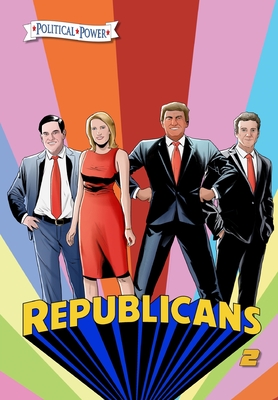 Who is the voice of the Grand Old Party? That's always up for debate. What's clear is that the Republic Party, the party of Abraham Lincoln, Ronald Reagan, and Donald Trump, favors small government and conservative values.

Together in a special 100-page graphic novel are the illustrated biographies of some of the other contemporary voices.

Dr. Rand Paul is the son of former presidential candidate and "intellectual godfather" of the Tea Party, Ron Paul, and considered in many circles to be one of the most vital voices on the right. Marco Rubio, the small-government conservative from Florida with strong roots in the Cuban American community, was elected to the House of Representatives at the age of 28 and is a significant player in the conservative movement's future. One of America's most influential conservative figures, Laura Ingraham was denounced by many early in her career as a bigot because of her deeply held Christian views. She's a speechwriter, best-selling author, and the host of a radio show listened to by millions.

TidalWave's POLITICAL POWER line of comics explores the lives of those who give voice to a movement. The series has been showcased worldwide on FOX NEWS CHANNEL, Time Magazine, The National Review, Politico and more