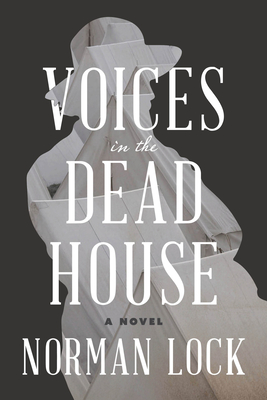 After the Union Army's defeat at Fredericksburg in 1862, Walt Whitman and Louisa May Alcott converge on Washington to nurse the sick, wounded, and dying. Whitman was a man of many contradictions: egocentric yet compassionate, impatient with religiosity yet moved by the spiritual in all humankind, bigoted yet soon to become known as the great poet of democracy. Alcott was an intense, intellectual, independent woman, an abolitionist and suffragist, who was compelled by financial circumstance to publish saccharine magazine stories yet would go on to write the enduring and beloved Little Women. As Lock captures the musicality of their unique voices and their encounters with luminaries ranging from Lincoln to battlefield photographer Mathew Brady to reformer Dorothea Dix, he deftly renders the war's impact on their personal and artistic development.

Inspired by Whitman's poem "The Wound-Dresser" and Alcott's Hospital Sketches, the ninth stand-alone book in The American Novels series is a masterful dual portrait of two iconic authors who took different paths toward chronicling a country beset by prejudice and at war with itself.

Norman Lock is the award-winning author of novels, short fiction, and poetry, as well as stage and radio plays. He has won The Dactyl Foundation Literary Fiction Award, The Paris Review Aga Khan Prize for Fiction, and has been longlisted twice for the Simpson/Joyce Carol Oates Prize. He has also received writing fellowships from the New Jersey State Council on the Arts, the Pennsylvania Council on the Arts, and the National Endowment for the Arts. He lives in Aberdeen, New Jersey, where he is at work on the next books of The American Novels series.