From Chains to Change: One Man's Journey from God-Hater to God-Follower (Paperback) 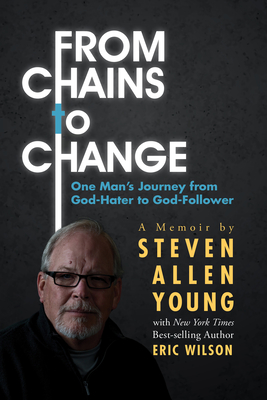 At twelve years old, his hatred of God took root.
Weighed by chains of guilt and shame, Steven Young grew to live for the moment. He partied, slept around, gambled, and manipulated people for his own desires. His choices led to four failed marriages and eight years in prison. Broke and alone, he lived five years homeless on the streets of Nashville, Tennessee, and in 2013 decided to end it all. At his lowest point, the very God he despised stepped in. It would still be a long healing journey From Chains to Change. This painfully honest and powerfully redemptive story is an example of God's ability to transform the past, restore hearts, and offer hope for the future.