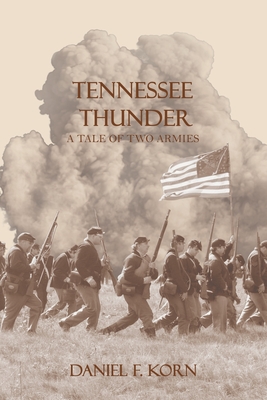 Everyone has heard of Gettysburg, but for sheer ferocity of fighting, it is tough to match the horrendous stories of what happened in the fight for Tennessee in the battles of Stones River and Chickamauga. This is the story of two very different armies, and their equally different commanders. The Unions Army of the Cumberland, led by the charismatic, but highly excitable William Starke Rosecrans faced off against the Confederate Army of Tennessee, and their hot-tempered and irascible commander; Braxton Bragg., and neither side was willing to back off. As 1862 ends, and the birth of a new year of the war looms on the horizon, an end to the bloodletting is nowhere in sight. It was a year that had just seen the April horrific fight at Shiloh, the incredible ineptness of McClellan in the Peninsula /Seven Days Campaign, the September bloodbath known as Antietam, and President Lincolns launch of a huge gamble in the Emancipation Proclamation, all followed by the near disaster for the Union at Fredericksburg. It would be followed by a year that would see death, destruction, and a level of ferocity in warfare on a scale never before seen on the American continent. Of all the major battles of the Civil War, Stones River had the highest percentage of casualties on both sides. Although the battle itself was inconclusive, the Union Army's repulse of two Confederate attacks and the subsequent Confederate withdrawal were a much-needed boost to Union morale after the defeat at the Battle of Fredericksburg, and it dashed Confederate aspirations for control of Middle Tennessee. Names such as the Dragons Teeth, Slaughter Pen, the Round Forest, and the Orphans Brigade would enter the American lexicon. The battle was very important to Union morale, as evidenced by Abraham Lincoln's letter to General Rosecrans: "You gave us a hard-earned victory, which had there been a defeat instead, the nation could scarcely have lived over." The Confederate threat to Kentucky and Middle Tennessee had been nullified, and Nashville was secure as a major Union supply base for the rest of the war. The two armies would come back after a spring and summer 1863 series of moves and counter-moves after Stones River, and it would culminate later in September, 18-20, 1863 in the Battle of Chickamauga. The fight marked the end of a Union offensive in southeastern Tennessee and northwestern Georgia called the Chickamauga Campaign. The battle was the most significant Union defeat in the Western Theater of the American Civil War and involved the second-highest number of casualties in the war following the Battle of Gettysburg. Names such as Snodgrass Hill, The Rock of Chickamauga, and Horseshoe Ridge would join with other famous American fight names such as the Hornets Nest and Bloody Lane. It was the first major battle of the war that was fought in Georgia, and would be the last major victory for the Confederacy in the West.This is the story of individuals, men like Rosecrans and Bragg, but also of George Thomas, who will demonstrate his rock-like steadiness in strife and the fiery combative leadership of a Philip Sheridan. It is the story of the compassion and care for his men of a John Breckinridge, and the steadfast resoluteness of a Mary Walker to prove that a woman can be as capable as any man as a doctor on a battlefield. It is the stories of Ben Helm, Lincolns brother-in-law, Hans Christian Heg, the towering leader of Norwegian descent, the hard-fighting Nathan Bedford Forrest and Roger Hanson. It is the story of Richard Kirkland, the Angel of Maryes Heights and Fredericksburg fame, of John Lincoln Clem, the young drummer-boy-turned infantryman, of John Wilder and his hot firing and hard fighting dragoons, and the two Jefferson Daviss, Daniel Harvey Hill, John Bell Hood, Leonidas Polk, and James Pete Longstreet.