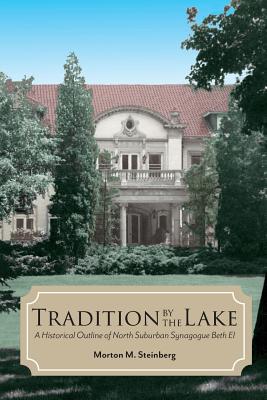 In commemoration of the 70th anniversary of North Suburban Synagogue Beth El, this history details the founding and growth of one of the leading Conservative congregations in the United States. From parlor meetings in Glencoe during and after World War II attended by less than two dozen traditionally-minded individuals, to a community of over 1,100 families, Beth El sparked the growth of an extended Jewish presence on Chicago's North Shore. Mort Steinberg was a part of this history. From his days as a student in the synagogue's first "Gan" in 1948, to serving as president of the congregation, he observed and interacted with the lay leaders and professionals whose vision and determination built the synagogue. In writing this book, he interviewed many individuals associated with the early days of Beth El, extensively researched the minutes of the synagogue's Board of Directors and its archives, and gained valuable insights from its longest serving spiritual leader, Rabbi Vernon Kurtz, and his predecessor, Rabbi William Lebeau. The book relates the challenges, difficulties and conflicts encountered throughout the synagogue's growth, but also describes its amazing accomplishments, achievements and successes throughout the years. Included are numerous photographs from its early days to the present. Tradition by the Lake tells the unfolding story of North Suburban Synagogue Beth El, a story in which all of its congregants and friends can take immense pride.

Morton M. Steinberg is Senior Counsel at the international law firm DLA Piper LLP (US). He majored in history at the University of Illinois, graduating with honors in Liberal Arts and Sciences, and received his J.D. from Northwestern University School of Law, where he served as Senior Editor of the Journal of Criminal Law. His life-long affiliation with North Suburban Synagogue Beth El began with the synagogue's first nursery school class and continued through Hebrew High School. He later served as secretary and then as president of the congregation. More recently, he has been the synagogue's historian and archivist and continues as a member of its Board of Trustees. Mort is a trustee of the American Jewish Historical Society, a past president of the National Ramah Commission, and a past member of the Board of Overseers of the Albert A. List College of Jewish Studies at the Jewish Theological Seminary of America. He married Miriam Bernstein Steinberg at Beth El in 1974. They have two children and four grandchildren. They reside in Highland Park, Illinois.