Captive: A Mother's Crusade to Save Her Daughter from a Terrifying Cult (Hardcover) 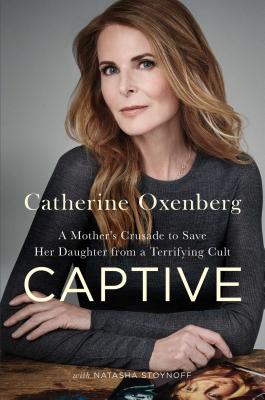 By Catherine Oxenberg, Natasha Stoynoff (With)
$27.00
Email or call for price.

In this heartbreaking and shocking exposé, one of Dynasty’s biggest stars lays bare a secretive organization that is holding her daughter hostage and details her mission to save her in this powerful depiction of a mother’s love and determination.

I am a mother whose child is being abused and exploited. And I am not alone.

In 2011, Catherine joined her daughter, India, at a leadership seminar for a new organization called NXIVM. Her twenty-year-old daughter was on the threshold of building a new company and they both thought this program might help her achieve her dream. But quickly, Catherine saw a sinister side to what appeared to be a self-help organization designed to help its clients become the best versions of themselves.

Catherine watched in horror as her daughter fell further and further down the rabbit hole, becoming brainwashed by the organization’s charismatic leader. Despite Catherine’s best efforts, India was drawn deeper into the cult, eventually joining a secret, elite “sorority” of women members who are ordered to maintain a restricted diet, recruit other women as “slaves,” and are branded with their leader’s initials.

In Captive, Catherine shares every parent’s worst nightmare, and the lengths that a mother will go to save her child. Featuring interviews with past members of NXIVM and experts in the field of cults, Oxenberg attempts to draw back the curtain on how these groups continue to lure in members. She relates her continuing journey to try to reach her daughter, to save her from what she believes is a dangerous, mind-controlling cult.

Catherine Oxenberg is best known for her role as Amanda Carrington on the hit primetime soap opera Dynasty. She got her start as a model before making her acting debut in The Royal Romance of Charles and Diana. Oxenberg is the daughter of Princess Elizabeth of Yugoslavia, making her a royal descendent in her own right. She currently lives in Malibu, California.