Ave Maria: The Mystery of a Most Beloved Prayer (Hardcover) 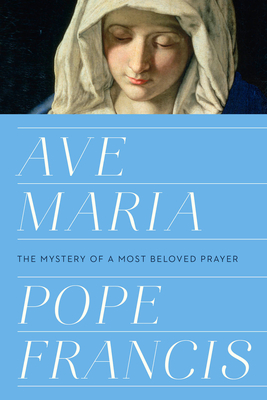 Pope Francis celebrates women in the Church and the world, seen through the lens of Mary, the mother of Jesus, in this enlightening new work.

In Ave Maria, Pope Francis explores and unpacks line by line the meaning of the Ave Maria prayer, while celebrating women and all they do as leaders, friends, sisters, and mothers. Teaming up again with theologian Marco Pozza, Francis illuminates Mary’s simple and complex nature and how her example challenges all of us to lead lives of faith, hope, and perseverance. In the end, she is an icon not just for the religious but for all who look to grow more deeply in their purpose in life.

POPE FRANCIS is the first Latin American to be elected to the chair of Peter. Born Jorge Mario Bergoglio in Buenos Aires, Argentina, he was ordained as a priest in 1969. He served as head of the Society of Jesus in Argentina from 1973 to 1979. In 1998 he became the archbishop of Buenos Aires, and in 2001 a cardinal. Following the resignation of his predecessor, Pope Benedict XVI, on February 28, 2013, the conclave elected Bergoglio, who chose the papal name Francis in honor of Saint Francis of Assisi.