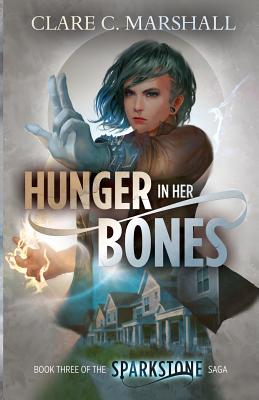 This is book number 3 in the Sparkstone Saga series.

Just when Ingrid and her friends have their hands full investigating the whereabouts of the missing students at Sparkstone University, Sunni Harris's mother shows up, demanding to know where her daughter is. Only Ingrid and her friends know Sunni's true fate, but telling Mrs. Harris the truth could put everyone in danger.

Unfortunately that's the least of their problems. An eager student with journalistic inclinations believes she's found the scoop of a lifetime at Sparkstone. And the proprietor of the new local occult shop believes they've found a way to communicate with the dead. Oh, and that mysterious alien that only Ingrid can see? He relays chilling details about future happenings that Ingrid must now prevent.

All the while, the Collective are preparing to mount their most dangerous attack yet, with a weapon that cannot be controlled.

Playing with the forces of life and death never got anyone in trouble before. Things that are dead stay dead.

Not at Sparkstone they don't.