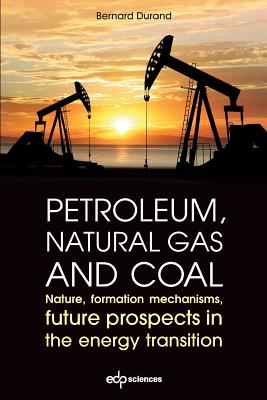 Undoubtedly, the industrialized countries are already facing a major and even existential problem: that of the transition from societies based on the massive use of fossil fuels to societies that have learned to do without them. This will, of necessity, be the real driver of the energy transition that we are talking about so much now Because it is the future availability of fossil fuels that will give the tempo of this transition, and not the development of other sources of energy, so difficult is the way that remains to be done to these to replace them

This book aims to provide non-specialists, and those who are concerned by energy transition and climate protection, basic knowledge to better understand the nature of fossil fuels and their importance in the economies of the industrialized countries. The book also explains why their future availability will play a vital role in the future economic and social transformations in these countries.

It consists of two parts that can be read in a largely independent way:

- The first part aims to present the variety of fossil fuels and the physicochemical principles ruling their formation and that of their deposits in the earth's crust.

- The second part is a discussion on major current issues: What are the remaining fossil fuel reserves? When precisely during this century can we predict the decline of their productions? What consequences will this decline have for industrial societies? What is and what will be their role in climate change? What risks does their use entail for public health?