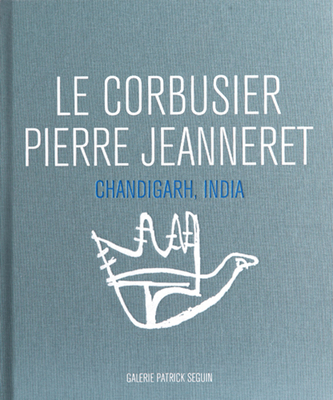 This beautiful, comprehensive volume documents Le Corbusier and Pierre Jeanneret's massive Chandigarh project--the buildings and the furniture (today considered masterpieces of twentieth-century architecture and design), the plans, sketches and maquettes as well as reproducing both archival and contemporary photographs. In 1947, shortly after India gained independence, the Indian Prime Minister Jawaharlal Nehru initiated a vast plan of modernization throughout the country, during which Chandigarh became the administrative capital of the Punjab province. Nehru commissioned Le Corbusier and Pierre Jeanneret to construct this capital from scratch, with the sole instruction that they should be expressive and experimental and should not let themselves be hindered by tradition. Illustrated with photographs dating from the time period to the present, this book documents the architectural project and the production of the furniture, offering a definitive summary of this epic modernist enterprise. A further chapter is dedicated to the work of Lucien Herv , the famous architectural photographer who depicted the city extensively.
The architect, urban planner, painter, writer, designer and theorist Charles-Edouard Jeanneret, known as Le Corbusier, was born in Switzerland in 1887. In 1922 Le Corbusier and his cousin Pierre Jeanneret opened an architectural studio in Paris, inaugurating a partnership that would last until 1940. They began experimenting with furniture design after inviting the architect Charlotte Perriand to join the studio in 1928. After World War II, they sought efficient ways to house large numbers of people in response to the urban housing crisis. In the 1950s a unique opportunity to realize their concepts on a grand scale presented itself in the construction of Chandigarh. Before his death in 1965, Le Corbusier established the Fondation Le Corbusier in Paris to look after and make available to scholars his library, architectural drawings, sketches and paintings.