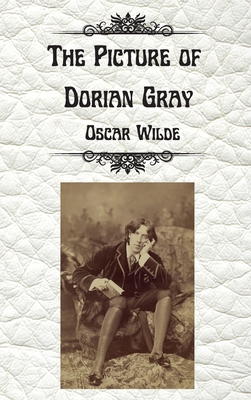 The Picture of Dorian Gray is a Gothic and philosophical novel by Oscar Wilde, first published complete in the July 1890 issue of Lippincott's Monthly Magazine. Fearing the story was indecent, prior to publication the magazine's editor deleted roughly five hundred words without Wilde's knowledge. Despite that censorship, The Picture of Dorian Gray offended the moral sensibilities of British book reviewers, some of whom said that Oscar Wilde merited prosecution for violating the laws guarding public morality.

The longer and revised version of The Picture of Dorian Gray published in book form in 1891 featured an aphoristic preface-a defense of the artist's rights and of art for art's sake-based in part on his press defenses of the novel the previous year. The content, style, and presentation of the preface made it famous in its own right, as a literary and artistic manifesto. In April 1891, the publishing firm of Ward, Lock and Company, who had distributed the shorter, more inflammatory, magazine version in England the previous year, published the revised version of The Picture of Dorian Gray.

The Picture of Dorian Gray is the only novel written by Wilde. It exists in several versions: the 1890 magazine edition (in 13 chapters), with important material deleted before publication by the magazine's editor, J. M. Stoddart; the "uncensored" version submitted to Lippincott's Monthly Magazine for publication (also in 13 chapters), with all of Wilde's original material intact, first published in 2011 by Harvard University Press; and the 1891 book edition (in 20 chapters). As literature of the 19th century, The Picture of Dorian Gray "pivots on a gothic plot device" with strong themes interpreted from Faust.

Dorian Gray is the subject of a full-length portrait in oil by Basil Hallward, an artist impressed and infatuated by Dorian's beauty; he believes that Dorian's beauty is responsible for the new mood in his art as a painter.

Newly understanding that his beauty will fade, Dorian expresses the desire to sell his soul, to ensure that the picture, rather than he, will age and fade. The wish is granted, and Dorian pursues a libertine life of varied amoral experiences while staying young and beautiful; all the while, his portrait ages and records every sin.

Oscar Fingal O'Flahertie Wills Wilde (16 October 1854 - 30 November 1900) was an Irish poet and playwright. After writing in different forms throughout the 1880s, he became one of the most popular playwrights in London in the early 1890s.

As a spokesman for aestheticism, he tried his hand at various literary activities: he published a book of poems, lectured in the United States and Canada on the new "English Renaissance in Art" and interior decoration, and then returned to London where he worked prolifically as a journalist. Known for his biting wit, flamboyant dress, and glittering conversational skill, Wilde became one of the best-known personalities of his day. At the turn of the 1890s, he refined his ideas about the supremacy of art in a series of dialogues and essays and incorporated themes of decadence, duplicity, and beauty into what would be his only novel, The Picture of Dorian Gray (1890). The opportunity to construct aesthetic details precisely, and combine them with larger social themes, drew Wilde to write drama. He wrote Salome (1891) in French while in Paris but it was refused a license for England due to an absolute prohibition on the portrayal of Biblical subjects on the English stage. Unperturbed, Wilde produced four society comedies in the early 1890s, which made him one of the most successful playwrights of late-Victorian London.