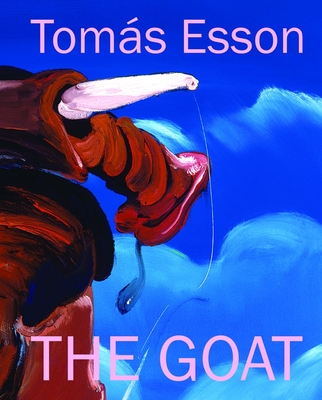 Tomás Esson: The GOAT features paintings created over thirty-five years that showcase the artist’s distinct style, energy, and biting humor. Esson is one of Cuba’s most important post-Revolutionary artists and his work remains timely today. In Esson’s work, suggestive narratives often involve highly sexualized, monstrous creatures alongside the heroes of the Cuban Revolution.

Coming of age in a culturally dynamic Havana, Esson was a fierce critic of the social reality he saw around him. His work was showcased in a number of controversial exhibitions in the late 1980s and the artist became a central figure in the decade’s renaissance in Cuban art. Esson began to exhibit internationally very early on, and in 1990 he left Cuba and moved to the United States.

Alongside images of Esson’s works, this publication provides newly commissioned scholarship and reprints of critical texts that are no longer in circulation. This volume includes essays by Erica James and Antonio Eligio Fernandez (Tonel), as well as a new interview with the artist.

Gean Moreno is the director of the Knight Foundation Art + Research Center at the Institute of Contemporary Art, Miami.