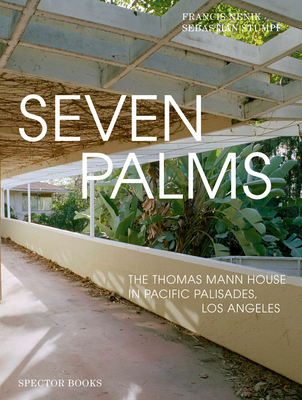 The story of Thomas Mann's Pacific Palisades home-in-exile, in text and pictures

Writer Francis Nenik narrates the history of the Thomas Mann House in Los Angeles' Pacific Palisades neighborhood, and the years that Thomas Mann and his family lived in it, during the author's 1942-52 period of exile in the US.

Basing his work on extensive archival research, Nenik not only recounts episodes from the Mann family's life but also introduces characters who have hitherto been largely unknown--the people who built the house and worked in it. The colorful story of the house, its builders and its famous inhabitants unfolds in dialogue with a series of photographs by Sebastian Stumpf showing the house as it was in January 2017, just after it had been bought by the German government--vacant, deserted and with little to suggest that the Mann family had once lived there.