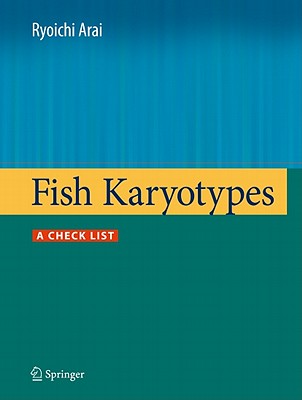 It is difficult and laborious not only for the beginner but also for the advanced researchers to survey literature and to appreciate former studies properly. To enable both to do this, the book is compiled. Purpose of the book covers karyotypes, which have been reported since the latest book on fish karyotypes (Klinkhardt et al. 1995), and following points are informed. 1. synonym of the species is checked based on Eschmeyer (2009, Catalog of Fishes) and a current classification of higher taxa follows Nelson (2006, Fishes of the World). 2. When the current species names differ from those in original karyotype papers, both names are listed. 3. Genome size is added. According to Gregory (http: //www.genomesize.com/), genome sizes determined by different methods are differentiated. 4. As for the arm number, NF1 and NF2 are differentiated. M and SM are defined as two arm chromosomes in NF1, while M, SM, and ST are defined as two arm chromosomes in NF2. 5. Sex chromosomes, B chromosomes, and ploidy are checked. 6. The ancestral chromosome number (ACN), which is defined as diploid chromosome number of the latest common ancestor and inferred from Robertsonian transformation, is proposed. As the largest group of extant vertebrates, fishes offer an almost limitless number of striking examples of evolutionary adaptation to environmental and biotic selection pressure. The book is useful for verifying plausibility of phylogeny based on gene trees, for the study on relationships between karyotypes and biogeography, and for the study on relationships between karyotypes and biodiversity.