Josephine Mutzenbacher or The Story of a Viennese Whore, as Told by Herself (Paperback) 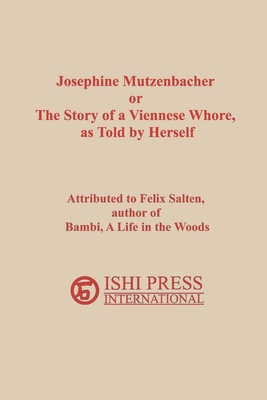 Although no author claimed this work, it is attributed to Felix Salten who also wrote "Bambi A Life in in The Woods" ISBN 978-4-87187-950-7 and many other books.

Although no author claimed responsibility for the work, it was originally attributed to either Felix Salten or Arthur Schnitzler by the librarians at the University of Vienna. Today, critics, scholars, academics and the Austrian Government designate Salten as the sole author of the "pornographic classic". The original novel uses the specific local dialect of Vienna of that time in dialogues and is therefore used as a rare source of this dialect for linguists. It also describes, to some extent, the social and economic conditions of the lower class of that time. The novel has been translated into English, French, Spanish, Italian, Hungarian, Hebrew, Dutch, Japanese, Swedish and Finnish, among others, and been the subject of numerous films, theater productions, parodies, and university courses, as well as two sequels.

Although published as a novel it reads like a real biography. The anonymous author is now over 50 years old and nobody wants her for sex any more so she is writing her memoirs.