Diary of Anne Frank in Dari Persian or Farsi (Paperback) 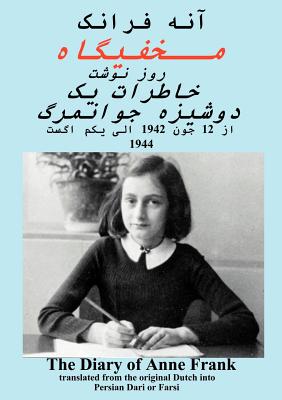 The Diary of Anne Frank is one of the most famous books ever written. It is consistently ranked among the top ten books in the 20th Century. It has been published in more than 60 languages. Time magazine named Anne Frank as one of The Most Important People of the Century. This is now a translation into Farsi. As soon as the book was first published in 1947, it was challenged by Holocaust Deniers. After Otto Frank died in 1980, the original diary was subjected to a forensic document analysis by the Netherlands Institute for War Documentation. This examination proved that the paper, the ink, the glue, the historical record of the events described in the diary, the known handwriting of Anne Frank from before the war and photographs of Anne Frank from before the war were all consistent and thus the diary was authentic.