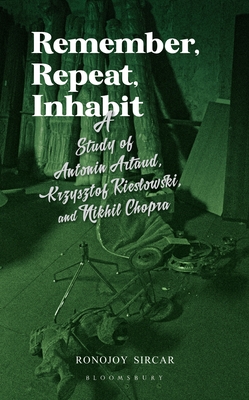 Remember, Repeat, Inhabit looks at three questions in relation to the idea of the viewer:

The book attempts to understand the idea of 'viewing' from the inside, not simply as an ontological premise but definitely affected by it. Three differing contexts are looked at-a French madman's notion of the 'self', a Polish filmmaker's notion of the 'everyday' and an Indian performance artist's notion of 'memory'. Through these on-the-surface contrasting artists and texts, a particular idea of a 'viewer' emerges. This viewer is the key to an understanding of something almost elemental in the nature of the idea of 'viewing' in the contemporary context of twenty-first-century Delhi.

Ronojoy Sircar is a writer, photographer, filmmaker and musician (R#onbus and Three Hrs) from New Delhi. Formerly a lecturer in the Department of English, University of Delhi, he works within/without multiple disciplines.