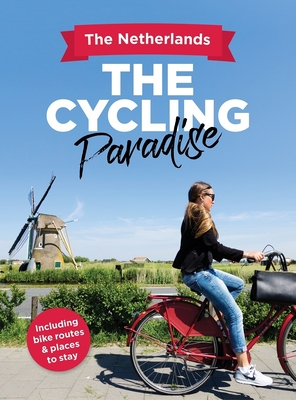 With its flat countryside, stunning nature parks, green meadows, canalside paths, seaside vistas and cyclist-friendly villages and cities, it is no wonder that the Netherlands has more bicycles than inhabitants. Peter de Lange - a bicycle enthusiast who knows the bicycle routes through the country like the back of his hand - has created a book that not only explains how cycling became an intrinsic part of Dutch culture, but also makes it impossible for those who did not grow up on spokes and saddles to resist the urge to join the locals - from primary school children to prime ministers - on the more than 37,000 kilometers of bicycle paths that criss-cross the country.

Before finding his destination in journalism, Peter de Lange (1952) was a librarian, garbage collector, construction worker and market salesman. His wide range of interests is reflected in his magazine articles and non-fiction books. After writing, his second passion is cycling. These two areas have more in common than you might at first think, says De Lange. To him, they are both roads towards discovering the world and his place in it. He has made extended cycling tours through the United States, England, Germany and France and often climbs in the saddle to discover new routes in his own country. Because his country, the Netherlands, is a cycling paradise with no equal - also for the locals.