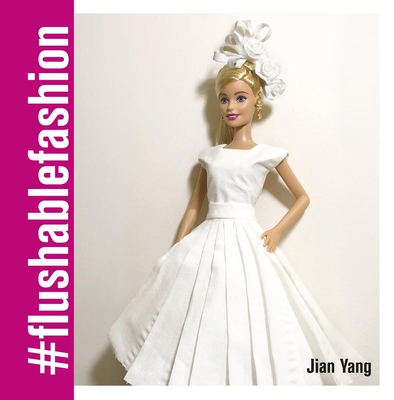 We’ve all felt bored in hotel rooms at some point. And despite a hectic travel schedule, advertising-man Jian Yang has found a way to make clever use of the time. His extended business trip in Mount Lavinia Hotel, Sri Lanka on 24 May 2017 was a turning point. He posted on Instagram: “I’ve brought a #barbie fashionista with me to #srilanka. And since my resources are limited, I will spend the rest of this business trip making tissue paper dresses.” And he did not stop. Already one of the world’s largest Barbie collectors, it was no surprise that he had a doll with him, as he does on every trip. But from then on, every night at every hotel he stayed in, a toilet paper couture creation would be made. They ranged from kitsch to couture, from tasteful to terrible. “Each dress was carefully photographed, and immortalised on Instagram via the hashtag #havetissuewilltravel. And because there was usually only one doll with me on an average four-day trip, the couture confection would literally get flushed down the toilet to make way for the next.” Since then, Jian, as well as #havetissuewilltravel has now been to over 20 cities in 11 countries. In two short years, the dresses have been discovered, and extensively featured in publications from VOGUE to NYLON, from blogs to broadsheets and tabloids. They’ve been discussed in countries around the world and images of them continue to circulate the internet appealing to parents, children, collectors and fashionistas alike. This book is a visual celebration of this new sustainable fashion – biodegradable, intricate and fabulous tissue paper dresses created by Jian on his travels. Just like how they are unique, one-of-a-kind haute couture creations, this book is a special limited quantity collector’s edition. Others

Jian Yang is a multi-award-winning business lead in an international advertising agency, and is also a keen Instagrammer. Since being named in 2013 as the “largest male collector of Barbie dolls in the world”, his face and collection have flooded the internet, as well as international magazines, newspapers, blogs and television in a variety of languages that range from Italian to Russian to Vietnamese and Chinese. He was named one of Singapore’s Most Eligible Bachelors by CLEO, and has become an internet sensation with a substantial social media following and fans from across the globe.