Beyond the Frame: The Films and Film Theory of Andrei Tarkovsky (Paperback) 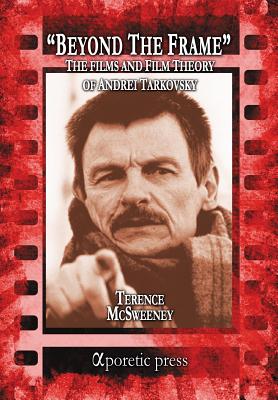 Beyond the Frame: The Films and Film Theory of Andrei Tarkovsky is a vibrant and critically informed exploration of one of the giants of twentieth century film. Despite Tarkovsky's almost canonized position in the pantheon of great directors and his substantial influence on European Art Cinema, writings on him are surprisingly scarce. Compared to his peers like Ingmar Bergman, who described Tarkovsky as "the greatest, the one who invented a new language," or Akira Kurosawa, who once said about Tarkovsky, "Probably there is no equal among film directors alive", there are considerably fewer book length academic studies of his films. However, in just seven completed feature films, two of which were made in exile, Tarkovsky managed to create one of the most cohesive and compelling bodies of work in the history of cinema. Beyond the Frame: The Films and Film Theory of Andrei Tarkovsky is an academic yet accessible engagement with not only Tarkovsky's films but also his often neglected film theory. It features chapters on each of his films from his remarkable debut Ivan's Childhood (1962), through his defining works Solaris (1972), Mirror (1975) and Stalker (1979) before turning to his two films in exile, Nostalghia (1983) and The Sacrifice (1986). It examines and interrogates a range of issues growing in currency in contemporary film theory which are revealed also to be the cornerstones of Tarkovsky's oeuvre, from studies of memory and experience, to representations of autobiography and time. The project explores Tarkovsky's place in film history and theory, revealing him to be both a director and a theorist sui generis.