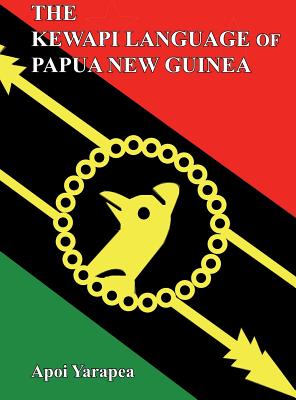 This book contains a linguistic account of the Kewapi language of Southern Highlands Province of Papua New Guinea (PNG), which is also known as the Kewa language. The language is described and explained in the English language. The book presents a description of phonology, morphology, syntax and semantic structures of the language. The following aspects of language are included: Phonology (sound systems, suprasegmental elements - stress, tone); Word classes and forms (morphosyntactic features); Clause structure (subject, object, case-marking, clause types, transitivity); Noun phrase structures (descriptive, possessive, adverbial phrases); Verb and verb phrase structures (descriptive, possessive, adverbial phrases); Embedded and subordinate clauses (complement, relative, adverbial clauses); Coordinate sentences (coordinate clauses, switch-reference markings); Language typology (a comparison of Kewapi morphosyntactic features with non-Austronesian or Papuan languages of PNG). Books on language and linguistics in PNG, written predominantly by outsiders, are often not written for Papua New Guinean students to read and understand. This is a reference grammar that describes the forms and functions of the Kewapi language. Clearly written and easy to read, this book will be an essential source of information for students of language and linguistics. PNG is rich in languages, over 800 of them. Many of these languages are only spoken orally. So when speakers pass away or use English and/or Tokpisin (the official languages of Papua New Guinea) for socio-economic reasons, their native or mother-tongue languages begin to disappear. This book may be used as a research guide for documenting a language.