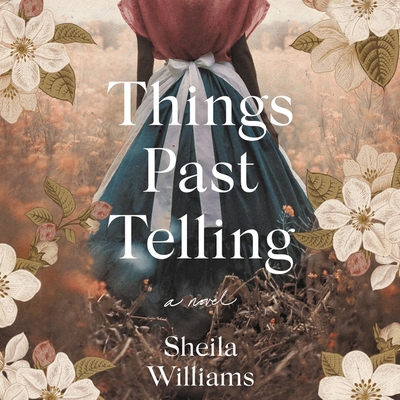 Born in West Africa in the mid-eighteenth century, Maryam Prescilla Grace--a.k.a Momma Grace will live a long, wondrous life marked by hardship, oppression, opportunity, and love. Though she will be gifted various names, her birth name is known to her alone. Over the course of 100-plus years, she survives capture, enslavement by several property owners, the Atlantic crossing when she is only eleven-years-of-age, and a brief stint as a pirate's ward, acting as both a spy and a translator.

Maryam learns midwifery from a Caribbean-born wise woman, whose craft combines curated techniques and medicines from African, Indigenous, and European women. Those midwifery skills allow her to sometimes transcend the racial and class barriers of her enslavement, as she walks the razor's edge trying to balance the lives and health of her own people with the cruel economic mandates of the slave holders, who view infants born in bondage not as flesh-and-blood children but as investment property.

Inspired by a 112-year-old woman the author discovered in an 1870 US Federal census report for Ohio, loosely based on the author's real-life female ancestors, spanning more than a hundred years, from the mid-eighteen-century to the end of America's Civil War, and spanning across the globe, from what is now southern Nigeria to the islands of the Caribbean to North America and the land bordering the Ohio River, Things Past Telling is a breathtaking story of a past that lives on in all of us, and a life that encompasses the best--and worst--of our humanity.