A Lynching at Port Jervis: Race and Reckoning in the Gilded Age (Compact Disc) 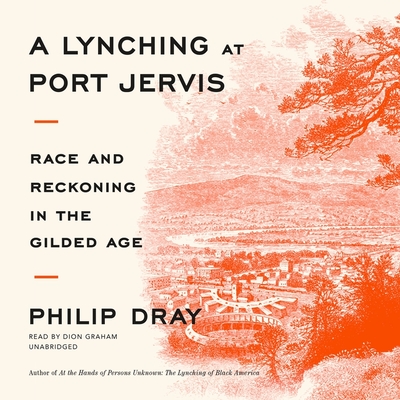 An account of a lynching that took place in New York in 1892, forcing the North to reckon with its own racism

On June 2, 1892, in the small, idyllic village of Port Jervis, New York, a young Black man named Robert Lewis was lynched by a violent mob. The twenty-eight-year-old victim had been accused of sexually assaulting Lena McMahon, the daughter of one of the town's well-liked Irish American families.

The incident was infamous at once, for it was seen as a portent that lynching, a Southern scourge, surging uncontrollably below the Mason-Dixon Line, was about to extend its tendrils northward. What factors prompted such a spasm of racial violence in a relatively prosperous, industrious upstate New York town, attracting the scrutiny of the Black journalist Ida B. Wells, just then beginning her courageous anti-lynching crusade? What meaning did the country assign to it? And what did the incident portend?

Today, it's a terrible truth that the assault on the lives of Black Americans is neither a regional nor a temporary feature but a national crisis. There are regular reports of a Black person killed by police, and Jim Crow has found new purpose in describing the harsh conditions of life for the formerly incarcerated, as well as in large-scale efforts to make voting inaccessible to Black people and other minority citizens.

The mobocratic spirit that drove the 2021 attack on the U.S. Capitol--a phrase Abraham Lincoln used as early as 1838 to describe vigilantism's corrosive effect on America--frightfully insinuates that mob violence is a viable means of effecting political change. These issues remain as deserving of our concern now as they did a hundred and thirty years ago, when America turned its gaze to Port Jervis.

An alleged crime, a lynching, a misbegotten attempt at an official inquiry, and a past unresolved. In A Lynching at Port Jervis, the acclaimed historian Philip Dray revisits this time and place to consider its significance in our communal history and to show how justice cannot be achieved without an honest reckoning.