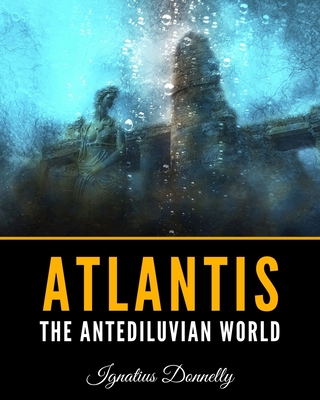 Plato has preserved for us the history of Atlantis. If our views are correct, it is one of the most valuable records which have come down to us from antiquity. Plato lived 400 years before the birth of Christ. His ancestor, Solon, was the great law-giver of Athens 600 years before the Christian era. Solon visited Egypt. Plutarch says, "Solon attempted in verse a large description, or rather fabulous account of the Atlantic Island, which he had learned from the wise men of Sais, and which particularly concerned the Athenians; but by reason of his age, not want of leisure (as Plato would have it), he was apprehensive the work would be too much for him, and therefore did not go through with it. These verses are a proof that business was not the hinderance: "'I grow in learning as I grow in age.' And again: "'Wine, wit, and beauty still their charms bestow,
Light all the shades of life, and cheer us as we go.'
"Plato, ambitious to cultivate and adorn the subject of the Atlantic Island, as a delightful spot in some fair field unoccupied, to which also he had some claim by reason of his being related to Solon, laid out magnificent courts and enclosures, and erected a grand entrance to it, such as no other story, fable, or Poem ever had. But, as he began it late, he ended his life before the work, so that the more the reader is delighted with the part that is written, the more regret he has to find it unfinished." There can be no question that Solon visited Egypt. The causes of his departure from Athens, for a period of ten years, are fully explained by Plutarch. He dwelt, he tells us, "On the Canopian shore, by Nile's deep mouth." - Taken from "Atlantis: The Antediluvian World" written by Ignatius L. Donnelly.