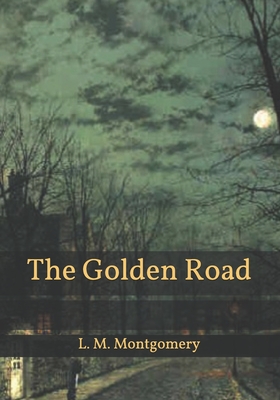 I've thought of something amusing for the winter," I said as we drew into a half-circle around the glorious wood-fire in Uncle Alec's kitchen. It had been a day of wild November wind, closing down into a wet, eerie twilight. Outside, the wind was shrilling at the windows and around the eaves, and the rain was playing on the roof. The old willow at the gate was writhing in the storm and the orchard was a place of weird music, born of all the tears and fears that haunt the halls of night. But little we cared for the gloom and the loneliness of the outside world; we kept them at bay with the light of the fire and the laughter of our young lips. We had been having a splendid game of Blind-Man's Buff. That is, it had been splendid at first; but later the fun went out of it because we found that Peter was, of malice prepense, allowing himself to be caught too easily, in order that he might have the pleasure of catching Felicity-which he never failed to do, no matter how tightly his eyes were bound. What remarkable goose said that love is blind? Love can see through five folds of closely-woven muffler with ease "I'm getting tired," said Cecily, whose breath was coming rather quickly and whose pale cheeks had bloomed into scarlet. "Let's sit down and get the Story Girl to tell us a story." But as we dropped into our places the Story Girl shot a significant glance at me which intimated that this was the psychological moment for introducing the scheme she and I had been secretly developing for some days. It was really the Story Girl's idea and none of mine. But she had insisted that I should make the suggestion as coming wholly from myself. "If you don't, Felicity won't agree to it. You know yourself, Bev, how contrary she's been lately over anything I mention. And if she goes against it Peter will too-the ninny -and it wouldn't be any fun if we weren't all in it.