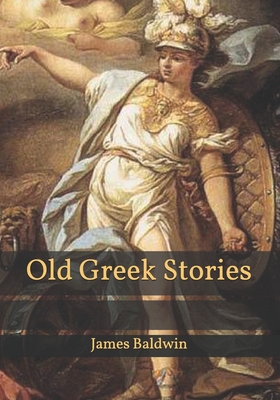 A long time ago, when the world was much younger than it is now, people told and believed a great many wonderful stories about wonderful things which neither you nor I have ever seen. They often talked about a certain Mighty Being called Jupiter, or Zeus, who was king of the sky and the earth; and they said that he sat most of the time amid the clouds on the top of a very high mountain where he could look down and see everything that was going on in the earth beneath. He liked to ride on the storm-clouds and hurl burning thunderbolts right and left among the trees and rocks; and he was so very, very mighty that when he nodded, the earth quaked, the mountains trembled and smoked, the sky grew black, and the sun hid his face. Jupiter had two brothers, both of them terrible fellows, but not nearly so great as himself. The name of one of them was Neptune, or Poseidon, and he was the king of the sea. He had a glittering, golden palace far down in the deep sea-caves where the fishes live and the red coral grows; and whenever he was angry the waves would rise mountain high, and the storm-winds would howl fearfully, and the sea would try to break over the land; and men called him the Shaker of the Earth. The other brother of Jupiter was a sad pale-faced being, whose kingdom was underneath the earth, where the sun never shone and where there was darkness and weeping and sorrow all the time. His name was Pluto, or Aidoneus, and his country was called the Lower World, or the Land of Shadows, or Hades. Men said that whenever any one died, Pluto would send his messenger, or Shadow Leader, to carry that one down into his cheerless kingdom; and for that reason they never spoke well of him, but thought of him only as the enemy of life.