British to American English: A Dictionary and Guide to the English Language (Paperback) 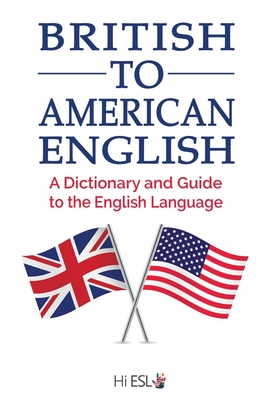 By Louis McKinney
$7.99
Usually arrives at our store within 4-7 days

British to American English: A Dictionary and Guide to the English Language-perfect for every academician, whiz-kid or bookworm looking to conquer the language barrier.

"The Americans are identical to the British in all respects except, of course, language." Oscar Wilde

Whether you're travelling to Great Britain or the United States of America, or you just want to understand the differences in our common language divided, this unique dictionary will answer all of your questions. The book contains a wide array of British terms and expressions and their American equivalents; coupled with a history of the language, numerous examples of its everyday usage such as making small talk, and customs and etiquette.

BRITISH vs. AMERICAN ENGLISH. A LIFESAVER?

The guide provides copious amounts of valuable material by covering the differences between the British and American English accents, pronunciation, grammar, spelling, as well as an A-Z on idioms, a glossary of common differences and variations in slang, and metaphors.

The English language is a West Germanic language that was first spoken in early medieval England, and is now the global lingua franca. Travel back in time to find out how the earliest spoken dialects of English were brought to Great Britain by Anglo-Saxon settlers back in the 5th century. Explore how English is closely related to the Frisian languages, and learn how its vocabulary has been significantly altered by other Germanic languages, including Latin and in particular French, after the Norman conquest of England in the 11th century.

Filled with extensive quotations from authentic, real-life English from both sides of the pond (the Atlantic Ocean), this is an easy-to-follow, precise and organised guide which tackles the differences, and the similarities between the grammar of British and American speakers. The book is especially effective and useful for learners with no prior knowledge of linguistics, as it demonstrates the grammatical differences and provides a sound account of contemporary English in use.

William compares the customs, manners, and practical scenarios of everyday life in the United Kingdom and the United States. Furthermore, he wraps up with a humorous list of expressions that in one country are innocent, but that can be quite vulgar or suggestive in the other.

Two large glossaries help travellers translate from British to American English with meanings such as:

Any visitor to Old Blighty or Uncle Sam can be brought right up to speed with the this handy A to Z on the most commonly used and the not so commonly used English words that can often cause confusion, bedlam, red faces and even cost you money if misused or misunderstood.

Read on your PC, MAC, smart phone, tablet, Kindle device or buy it on paperback.