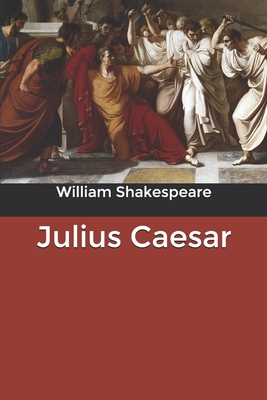 In this striking tragedy of political conflict, Shakespeare turns to the ancient Roman world and to the famous assassination of Julius Caesar by his republican opponents. The play is one of tumultuous rivalry, of prophetic warnings-'Beware the ides of March'-and of moving public oratory-'Friends, Romans, countrymen ' Ironies abound and most of all for Brutus, whose fate it is to learn that his idealistic motives for joining the conspiracy against a would-be dictator are not enough to sustain the movement once Caesar is dead.William Shakespeare was an English poet, playwright, and actor, widely regarded as the greatest writer in the English language and the world's pre-eminent dramatist. He is often called England's national poet and the "Bard of Avon". His extant works, including some collaborations, consist of about 38 plays, 154 sonnets, two long narrative poems, and a few other verses, of which the authorship of some is uncertain. His plays have been translated into every major living language and are performed more often than those of any other playwright.Shakespeare produced most of his known work between 1589 and 1613. His early plays were mainly comedies and histories and these works remain regarded as some of the best work produced in these genres. He then wrote mainly tragedies until about 1608, including Hamlet, Othello, King Lear, and Macbeth, considered some of the finest works in the English language. In his last phase, he wrote tragicomedies, also known as romances, and collaborated with other playwrights.