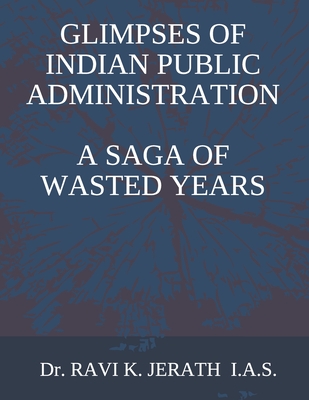 The book contains an eye witness account of the author's forty two years long experience in government service during which he had seen gradual decline of the service which was once known as "Steel Frame of India" and has now been reduced to a "Hollow, Shallow and Moth eaten bamboo frame of India" by the political executive rendering permanent executive almost demoralized and sulking making governance rather extremely difficult indeed. This decline had accelerated from June 1975, when internal emergency was imposed and political executive had sent a clear cut message to the permanent executive to either bend or brake and the bureaucracy started begging, bending and crawling, when the Babus were only told to bend, in a mad race to pick up the cherry from the cake.The book starts with the History of Civil services in India from 1757 (Battle of Plassey/ Battle of Tarpal) and delves in detail about the present working culture in India, the level of corruption, especially at the gross root and cutting edge level, thus making the life of a common citizen very hard and difficult indeed. The present day evils like supersessions, gross indiscipline in government offices, total demise of official hierarchy, role of lavish hospitality and dinner diplomacy, Revenue and financial mal-administration and playing with tax payers money, gross misuse and abuse of discretion by both the political and permanent executive in matters of appointments, transfers, postings and promotions, to grant out of the way favors to the blue eyed people in gross violation of rules and almost total eclipsing of permanent executive by the political executive has been well documented in this book. The book, which has been primarily written for future aspirants of civil services, their parents, students and teachers of public administration vividly highlights as to how in India the Public administration operates on the ground as against what is taught in the class rooms in colleges and universities. The book has also recorded current controversies confronting the higher judiciary and the role of cordial relations between the Armed forces and the Distt. administration along with a happy note that with in the available space, a sincere civil servant can still do wonders in addressing the genuine grievances of the people and earn their gratitude, blessings and tremendous professional satisfaction.