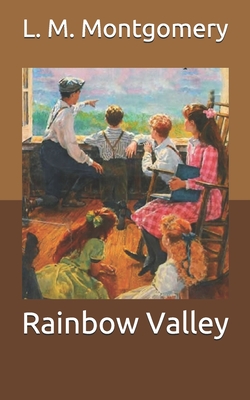 It was a clear, apple-green evening in May, and Four Winds Harbour was mirroring backthe clouds of the golden west between its softly dark shores. The sea moaned eerily on thesand-bar, sorrowful even in spring, but a sly, jovial wind came piping down the red harbourroad along which Miss Cornelia's comfortable, matronly figure was making its way towardsthe village of Glen St. Mary. Miss Cornelia was rightfully Mrs. Marshall Elliott, and had beenMrs. Marshall Elliott for thirteen years, but even yet more people referred to her as MissCornelia than as Mrs. Elliott. The old name was dear to her old friends, only one of themcontemptuously dropped it. Susan Baker, the gray and grim and faithful handmaiden of theBlythe family at Ingleside, never lost an opportunity of calling her "Mrs. Marshall Elliott,"with the most killing and pointed emphasis, as if to say "You wanted to be Mrs. and Mrs.you shall be with a vengeance as far as I am concerned."Miss Cornelia was going up to Ingleside to see Dr. and Mrs. Blythe, who were just homefrom Europe. They had been away for three months, having left in February to attend afamous medical congress in London; and certain things, which Miss Cornelia was anxious todiscuss, had taken place in the Glen during their absence. For one thing, there was a newfamily in the manse. And such a family Miss Cornelia shook her head over them severaltimes as she walked briskly along.