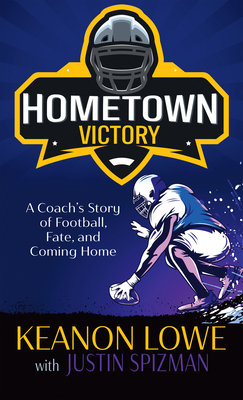 Keanon Lowe is football coach and former D1 football player for the Oregon Ducks. He gained widespread media attention in May of 2019 after disarming an active school shooter and embracing him until the police arrived. On November 23, 2019, ESPN's "College GameDay" aired the story of Lowe's path to Parkrose, his impact on and off the field in the community, and that day he helped prevent a tragedy. After playing as a wide receiver for half a decade, Lowe went to work in Philadelphia as an analyst for the Philadelphia Eagles and then an offensive analyst for the San Francisco 49ers. Keanon spent a little over a year at Jesuit High School Portland working as assistant football coach before moving to Parkrose High School, where he became the head coach for both football and track and field. At that time, Parkrose was on a 23-game losing streak. Lowe chose the school because he wanted to lift up the underdogs. Within two years of coaching, Lowe pushed the team to become conference champions. They also took home their first playoff victory ever. Justin Spizman is an award-winning and bestselling author, ghostwriter, and editor. He has worked on We Rise with Xiuhtezcatl Martinez, Taking Your Team to the Top with Ted Sundquist, and is the coauthor of Don't Give Up . . . Don't Ever Give Up: The Inspiration of Jimmy V. Justin currently lives in Atlanta, Georgia, with his wife, Jaime, their two beautiful daughters Dani and Bella, and their rambunctious dog, Bodhi.