The Rise of Universities (Hardcover) 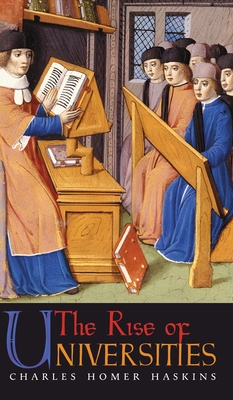 In this brief but highly informative book, Charles Homer Haskins examines the origin of the university during the Middle Ages, showing how higher education's forms, customs, and makeup evolved in its earliest days. Composed of three separate lectures given by Haskins, entitled "The Earliest Universities," "The Medieval Professor," and "The Medieval Student," this book is a remarkable demonstration of the expertise, and occasional wit, of its author. While many of the customs and habits that Haskins recounts will strike the modern reader as archaic and bizarre, it is easy to see the direct correlation between early university culture and its modern counterparts today. This insightful little book reaffirms Haskins' reputation as one of the most influential medieval historians of the 20th century.