The Flying Saucers Are Real (Paperback) 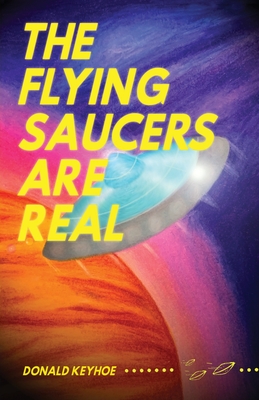 The term "flying saucer" first invaded American culture after pilot Kenneth Arnold spotted nine shiny, flat objects whizzing and weaving through the sky in a chain-like formation over Mt. Rainier in Washington. When Arnold told reporters that the objects appeared like saucers skipping on water, they ran with the visual and termed them "flying saucers"-forever changing our skies and vocabulary.Were aliens truly visiting? Or did a foreign power have new technology that could pose a danger to America? Or was it something else entirely? The Air Force began its investigations, though the government always found ways to explain away UFO sightings as anything but otherworldly vehicles. Retired U.S. Marine Corps Major Donald Keyhoe wasn't buying their theories. Convinced that extraterrestrial technology was visiting, he published his first book, The Flying Saucers Are Real, in 1950. The book expanded on his True magazine article published in the December 1949 issue. That article is reprinted-as it appeared-at the end of this volume.