Mel Goodman discusses and signs Whistleblower at the CIA: An Insider's Account of the Politics of Intelligence 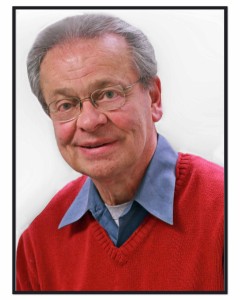 Melvin A. Goodman will be in conversation with Sonali Kolhatkar, Host and Executive Producer of "Rising Up With Sonali," discussing his new book Whistleblower at the CIA: An Insider's Account of the Politics of Intelligence.

Melvin Goodman's long career as a respected intelligence analyst at the CIA, specializing in US/Soviet relations, ended abruptly. In 1990, after twenty-four years of service, Goodman resigned when he could no longer tolerate the corruption he witnessed at the highest levels of the Agency. In 1991 he went public, blowing the whistle on top-level officials and leading the opposition against the appointment of Robert Gates as CIA director. In the widely covered Senate hearings, Goodman charged that Gates and others had subverted "the process and the ethics of intelligence" by deliberately misinforming the White House about major world events and covert operations.  In this breathtaking expose, Goodman tells the whole story. Retracing his career with the Central Intelligence Agency, he presents a rare insider's account of the inner workings of America's intelligence community, and the corruption, intimidation, and misinformation that lead to disastrous foreign interventions. An invaluable and historic look into one of the most secretive and influential agencies of US government--and a wake-up call for the need to reform its practices. (City Lights Books)

This event will be taped for airing at a later date on “Rising Up With Sonali.”

Whistleblower at the CIA: An Insider's Account of the Politics of Intelligence (Paperback)