Robert Leonard Reid discusses and signs Because It Is So Beautiful: Unraveling the Mystique of the American West 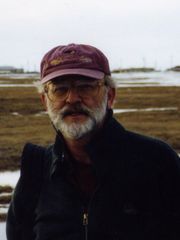 Yes, every inch of the globe has been seen, mapped, photographed, and measured, but is it known? Robert Leonard Reid doesn’t think so. To draw a circle and calculate its diameter is not to know the circle. In this collection, Reid distinguishes himself from many science-based nature writers, using the natural world as a springboard for speculations and musings on the numinous and the sacred, injustice, homelessness, the treatment of Native Peoples in the United States, and what pushes mountaineers to climb. Ranging in their settings from eastern New Mexico to northern Alaska, Reid’s essays illustrate his belief that the American West is worth celebrating and caring for.
Taking its title from an affecting speech given by renowned author Barry Lopez, Because It Is So Beautiful is a response to desperate questions surrounding America’s wildlands. Lopez’s words resonated with the young mountaineer-musician-mathematician Robert Leonard Reid, who was struggling to understand his relationship to the world, to find his vision as a writer. What he learned on that long-ago evening is knit throughout the nineteen pieces in the collection, which include essays from Reid’s previous books Arctic Circle, Mountains of the Great Blue Dream, and America, New Mexico; three essays that appear here in print for the first time; as well as revised and expanded versions of essays that appeared in Touchstone, The Progressive, and elsewhere. (Counterpoint LLC)

Because It Is So Beautiful: Unraveling the Mystique of the American West (Hardcover)