Ruth Ozeki, in conversation with Katie Kitamura, discusses The Book of Form and Emptiness 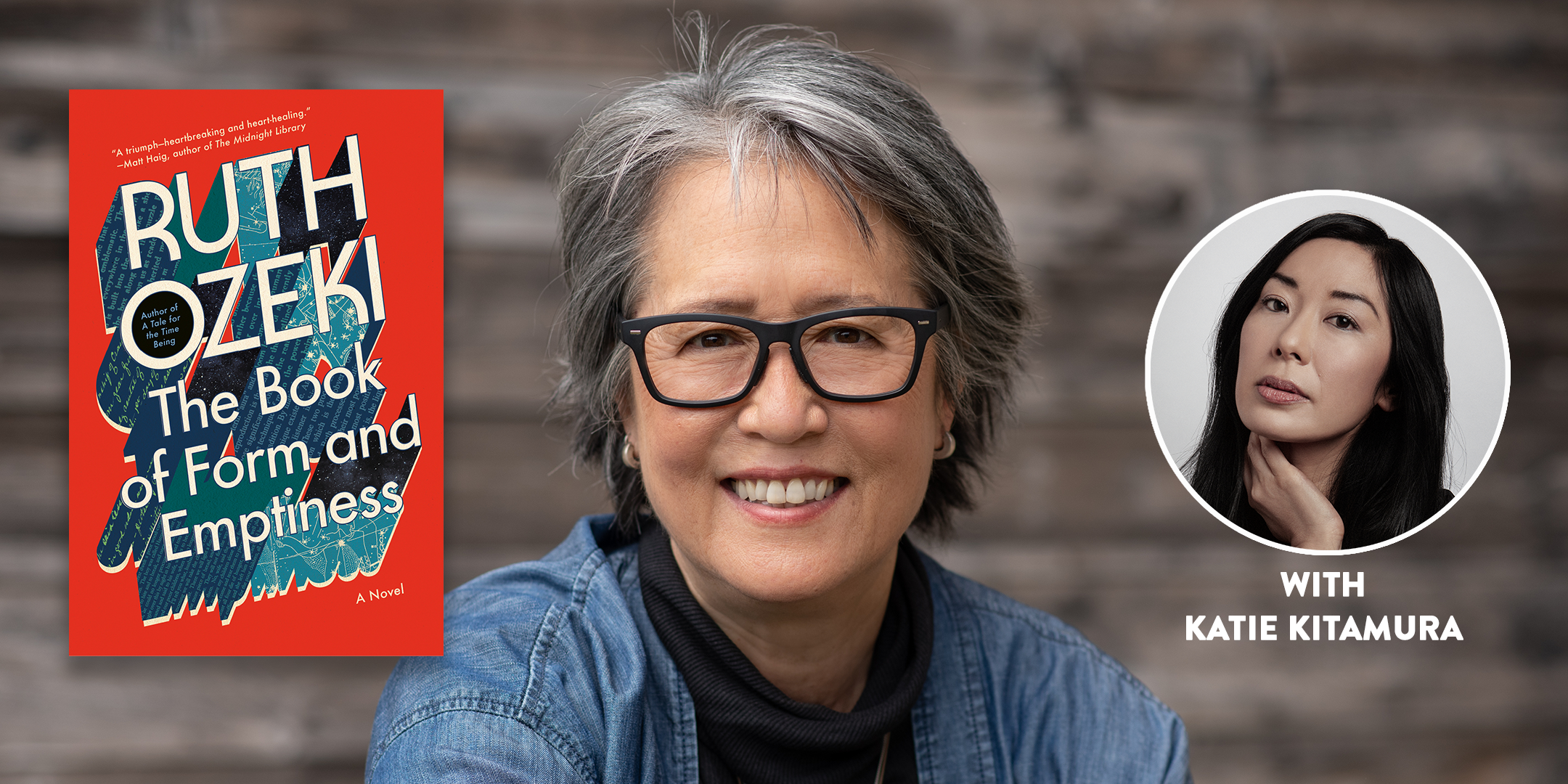 The Book of Form and Emptiness by bestselling author Ruth Ozeki, is a brilliantly inventive novel about loss, growing up, and our relationship with things.

One year after the death of his beloved musician father, thirteen-year-old Benny Oh begins to hear voices. The voices belong to the things in his house--a sneaker, a broken Christmas ornament, a piece of wilted lettuce. Although Benny doesn't understand what these things are saying, he can sense their emotional tone; some are pleasant, a gentle hum or coo, but others are snide, angry and full of pain. When his mother, Annabelle, develops a hoarding problem, the voices grow more clamorous.

At first, Benny tries to ignore them, but soon the voices follow him outside the house, onto the street and at school, driving him at last to seek refuge in the silence of a large public library, where objects are well-behaved and know to speak in whispers. There, Benny discovers a strange new world. He falls in love with a mesmerizing street artist with a smug pet ferret, who uses the library as her performance space. He meets a homeless philosopher-poet, who encourages him to ask important questions and find his own voice amongst the many.

And he meets his very own Book--a talking thing--who narrates Benny's life and teaches him to listen to the things that truly matter.

With its blend of sympathetic characters, riveting plot, and vibrant engagement with everything from jazz, to climate change, to our attachment to material possessions, The Book of Form and Emptiness is classic Ruth Ozeki--bold, wise, poignant, playful, humane and heartbreaking.

“Once again, Ozeki has created a masterpiece. Her generous heart, remarkable imagination, and brilliant mind light up every page.” —Karen Joy Fowler

Ruth Ozeki is a novelist, filmmaker, and Zen Buddhist priest. She is the award-winning author of three novels, My Year of Meats, All Over Creation, and A Tale for the Time Being, which was a finalist for the 2013 Booker Prize. Her nonfiction work includes a memoir, The Face: A Time Code, and the documentary film, Halving the Bones. She is affiliated with the Everyday Zen Foun­dation and teaches creative writing at Smith College, where she is the Grace Jarcho Ross 1933 Professor of Humanities.

Katie Kitamura's most recent novel, A Separation, was a finalist for the Premio von Rezzori and a New York Times Notable Book. It was named a best book of the year by over a dozen publications, translated into 16 languages, and is being adapted for film. Her two previous novels, Gone To The Forest and The Longshot, were both finalists for the New York Public Library's Young Lions Fiction Award. A recipient of fellowships from the Lannan Foundation and Santa Maddalena, Katie has written for publications including The New York Times, The Guardian, Granta, BOMB, Triple Canopy, and Frieze.  She teaches in the creative writing program at New York University.

Event tickets include access to the event and a hardcover copy of The Book of Form and Emptiness.