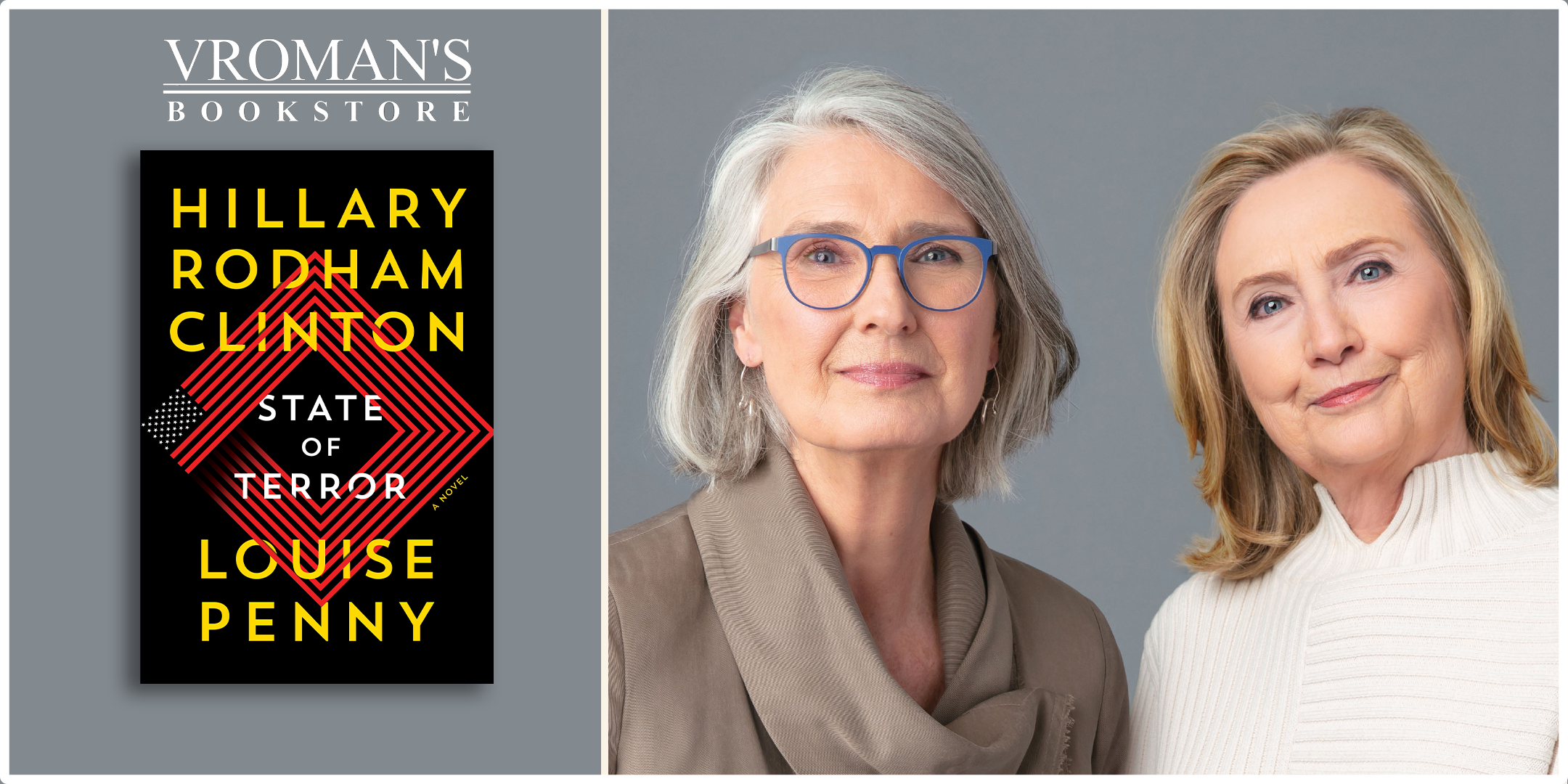 *Due to unforeseen circumstances, this event's time has changed from 2 PM PST to 6 PM PST. If you're not able to make it at the new time, this event will be rewatchable here at the same URL.

Robert B. Barnett will be joining Hillary Rodham Clinton and Louise Penny in conversation for this event.

This ticketed event will take place on Crowdcast. There will not be an opportunity to submit questions during the live event, but you can submit questions when you purchase your ticket, at check out.

ABOUT THE BOOK:
After a tumultuous period in American politics, a new administration has just been sworn in, and to everyone's surprise the president chooses a political enemy for the vital position of secretary of state.

There is no love lost between the president of the United States and Ellen Adams, his new secretary of state. But it's a canny move on the part of the president. With this appointment, he silences one of his harshest critics, since taking the job means Adams must step down as head of her multinational media conglomerate.

As the new president addresses Congress for the first time, with Secretary Adams in attendance, Anahita Dahir, a young foreign service officer (FSO) on the Pakistan desk at the State Department, receives a baffling text from an anonymous source.

Too late, she realizes the message was a hastily coded warning.

What begins as a series of apparent terrorist attacks is revealed to be the beginning of an international chess game involving the volatile and Byzantine politics of Pakistan, Afghanistan, and Iran; the race to develop nuclear weapons in the region; the Russian mob; a burgeoning rogue terrorist organization; and an American government set back on its heels in the international arena.

As the horrifying scale of the threat becomes clear, Secretary Adams and her team realize it has been carefully planned to take advantage of four years of an American government out of touch with international affairs, out of practice with diplomacy, and out of power in the places where it counts the most.

To defeat such an intricate, carefully constructed conspiracy, it will take the skills of a unique team: a passionate young FSO; a dedicated journalist; and a smart, determined, but as yet untested new secretary of state.

Robert B. Barnett, Partner at Williams & Connolly in Washington, DC, has a diverse practice representing national and international corporations and individuals on a wide variety of matters. He is one of the premier authors' representatives in the world. In addition to Secretary Clinton, he represents Presidents Obama, Bush, and Clinton, Michelle Obama, James Patterson, Barbara Streisand, Bob Woodward, and many more. His clients include politicians, novelists, business leaders, sports stars, journalists, and many others.

This event ticket includes a hardcover copy of State of Terror with signed bookplate, as well as online access to the event for your household. You will receive a link and password to attend the Crowdcast event on the afternoon of Thursday, October 14th.

Please note: Ticket options include in-store pick up; shipped domestically (allow up to 3 weeks for delivery); or shipped internationally (allow 4-5 weeks for delivery). Books will be mailed to you shortly after the event. For those who choose in-store pick up, you will be contacted by Vroman’s via email shortly after the event and alerted as to when your book will be ready for pick up.

Questions? Email us at email@vromansbookstore.com