Fans of Pati’s television show will love this book. Her recipes are accessible versions of Mexican and Tex-Mex dishes that can easily be made for a weeknight meal.

Until I get to the Zuni Café in San Francisco, I will keep myself busy cooking from this book. The recipe for the restaurant’s famous roast chicken is included along with other well-known dishes.

101 Asian Dishes You Need to Cook Before You Die: Discover a New World of Flavors in Authentic Recipes (Paperback)

I’ve made a few recipes from this book, all excellent and I can’t wait to try more. LA’s Jet Tila has made some of the most popular Asian dishes easy and tasty for the home cook.

While I love all of Ina’s books, this one is my favorite. The pan fired onion dip and vegetable coleslaw are among the recipes I make on a regular basis. You can’t go wrong with Ian Garten!

The Food Lab has become a go-to reference book in my household. Lopez-Alt’s recipes are researched and tested to make sure you have a successful dish at home. Every cook should have a copy.

Little Heathens: Hard Times and High Spirits on an Iowa Farm During the Great Depression (Paperback)

Mildred Kalish grew up during the Depression on an Iowa farm. She does a fantastic job of recounting her and her family’s experiences during that really difficult time. I really enjoyed reading about the gardening, household chores, and cooking during a time when there was not running water or electricity in every household. You may find their resourcefulness inspiring as I did – waste not want not! This is a great read for those interested in times gone by.

I just love this book! This first novel by Olsson tells the story of an unlikely friendship between a young writer and an elderly hermit. This is a quiet comforting little book, and I highly recommend it.

The Day I Ate Whatever I Wanted: And Other Small Acts of Liberation (Paperback)

These short stories are like a conversation with your best girlfriends. I just love Elizabeth Berg, and I urge you to read this book, it is just so great. After reading it you will want to pick up the telephone and call your closest friend.

Set in the Mississippi Delta directly following World War II, Mudbound tells the story of two families whose lives intersect for a period of time. Ronsel Jackson and Jamie McAllan are both war heroes arriving home plagued by memories of battle. Although a decorated soldier, Ronsel is not recognized as such upon his return to the country he risked his life to defend. Ronsel's family sharecrops on the farm owned by Jamie's brother Henry, and the unlikely friendship between the men of different races sets terrible events in motion neither of them would have predicted. Jordan's first novel is a great read, her writing is fluid and authentic, and I hope she has many stories to tell in the future.

The God of War: A Novel (Paperback)

Twelve-year-old Ares Ramirez has a lot of responsibility on his plate as a major caretaker in the life of his younger brother Malcolm, who is mentally handicapped, and trying to live a normal life with his eccentric mother in their trailer by the Salton Sea. Set in the late 1970's after the end of the Vietnam War, but living in an area still being used by the military for weapons testing, Ares' life is full of contradictions and challenges; as he befriends a troubled teenage boy he gets in over his head, with disastrous results. The God of War is an excellent novel exploring the challenges of family and circumstance. 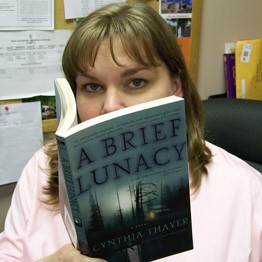