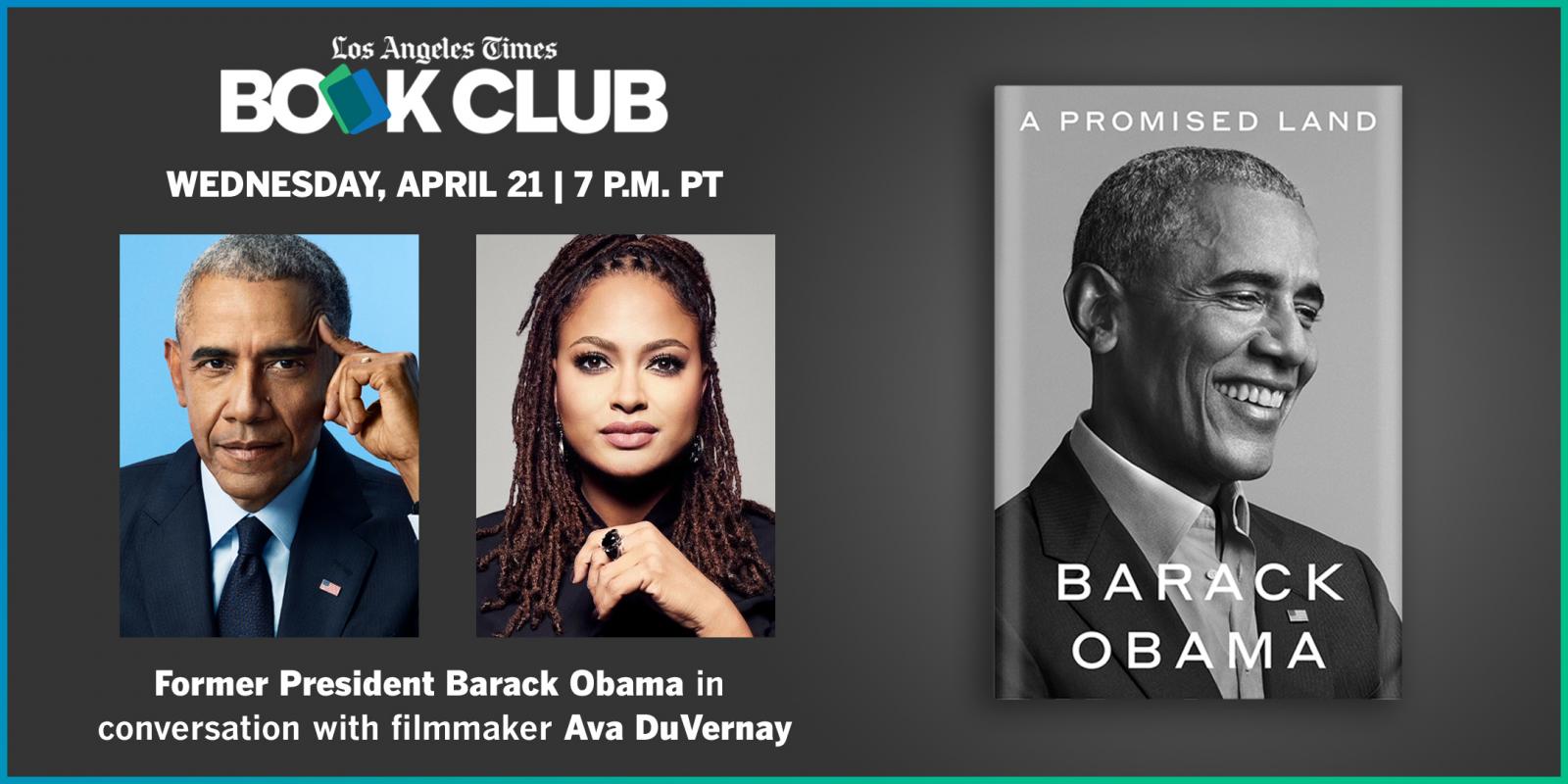 In his critically acclaimed and bestselling memoir, President Obama takes readers inside his improbable journey: from his political awakening as a freshman at Occidental College, to finding his way as a community organizer and young senator from Chicago, to the day-to-day grind of his grassroots campaign to become the nation’s first Black president.

Times White House reporter Eli Stokols called A PROMISED LAND a fast-moving narrative that “puts the reader in the room at defining moments.”

“Obama draws a textured portrait of himself as a rookie executive — seeking counsel from aides, sneaking cigarettes on the Truman Balcony, frustrated by the constraints on his ambitious agenda but undaunted in pursuing it, even at a steep political cost,” Stokols writes in his review.

A PROMISED LAND covers the first two and half years of Obama’s presidency and is the first of two volumes.

Where: This free virtual community book club event will be live streaming on the Los Angeles Times Facebook page, YouTube and Twitter. You will receive the platform links via email on the day of the event.

Copies of A PROMISED LAND are available for purchase from VROMAN'S below.

Sign up for the L.A. Times Book Club newsletter.