Vroman's Art on the Stairwell 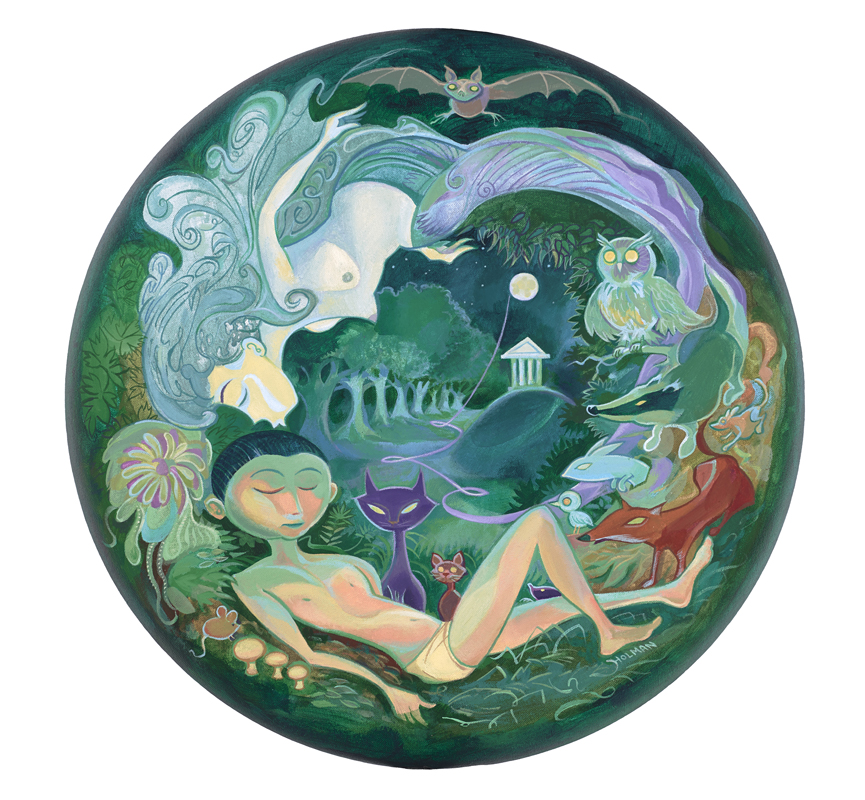 Stephen Holman spent a happy childhood roaming through the rural idyll of the English countryside before being rudely thrust into the chaos of punk-era London in the late 70s, and New York City’s Lower East Side club scene in the early 1980s. His subsequent multi-media career in the US included co-founding and directing the notorious cabaret/theater troupe Theatre Carnivale in Los Angeles in the late 80s, creating and directing surreal stop-motion animation series for Nickelodeon (Life with Loopy/Kablam!), Warner Bros (Phantom Investigators) and Disney (The Bite-Sized Adventures of Sam Sandwich), and discovering and managing visionary outsider artist, William A. Hall from 2015-2019. Holman's eccentric live performances bridge the gap between hi-brow and low-brow art, combining eco-science and political satire with messy, outrageous comedy utilizing props such as giant rabbits, dancing toilets and cheese-slice propulsion machines. His paintings concern themselves with animals, nature spirituality, mythology and the lost innocence of childhood. He agrees with Jan Svankmajer that Black Cats are our Unconscious. Holman currently resides in Alhambra, CA.

Want to see your art on display at Vroman's Bookstore? Click here for submission guidelines.

‹ Vroman's Gives Back Organizations up Art on the Stairwell Archive ›